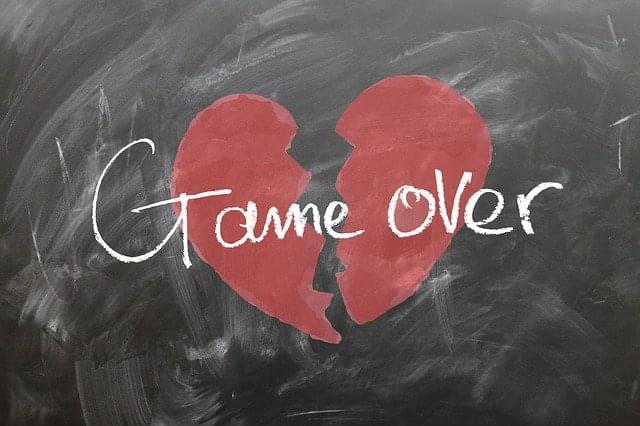 In a recent divorce class two women asked if I had something written about the emotional devastation and preoccupation people experience while going through a divorce so they could give it to friends, family and business associates to help them understand. It’s helpful if the people around you know what you’re going through so they can be supportive – be part of the solution instead of adding to the problem. ‘Just get over it” isn’t helpful.

Shortly after that question came up I read the book, Deep Survival – Who Lives, Who Dies, and Why, by Lawrence Gonzales. As I read I realized that divorce is itself survival. It affects the the brain chemistry is the same ways. It elicits the same reactions. We must use the same approaches to survive. Divorce isn’t usually a life or death situation. Sometimes it is. There are however, a lot of things internal that will die on the way to the final divorce decree. Asking the question, “What is it time for me to let go of?” Will help you learn from your journey. Knowing how to manage your resources will be key to your survival.

Surviving Divorce, Who is Empowered by it, Who is Destroyed by it, and Why

If I were going to write a similar book about surviving divorce I could call it, Surviving Divorce, Who is Empowered by it, Who is Destroyed by it, and Why. Some folks make it to the other side of divorce happier and healthier. Some don’t. And there are some very specific reasons why. At the end of Gonzales’ book he summarizes the survival keys that he discovered as he researched his book. They are so appropriate to divorce that I include them below nearly as he wrote them. Following these principles will not only help you survive divorce, it will help you thrive beyond it.

I’ve numbered Gonzales’ principles below and italicized my comments that pertain to divorce below each principle. Because there are so many I’ll only cover a few at a time in each post. The first three are below.

Do you want to have holidays together with the kids after your divorce but don’t know how to make that happen? Click here to learn more…

People who survive dire situations apply many of these skills:

1. Survivors immediately begin to recognize, acknowledge, and even accept the reality of their situation. They may initially blame forces outside themselves but very quickly dismiss that tactic and recognize that everything, good and bad, emanates from within. They see opportunity, even good, in their situation. They move through [the grief stages of] denial, anger, bargaining, depression, and acceptance very rapidly.

In divorce it is so easy to blame the other person or life or God or the in-laws or finances, or a myriad of other things. The way to empower yourself is to be open to, search for, and learn from, your part in the downfall of the marriage even if you can’t see it initially. (Harmful dynamics may have started long ago.) Knowing your part will set you free. Learning to discern your part will set you up for greater success in future relationships.

2. In the initial crisis survivors make use of fear, they are not ruled by it. Their fear often feels like and turns into anger, and that motivates them and makes them sharper. They understand at a deep level about being cool headed and are ever on guard against the mutiny of too much emotion. They keep their sense of humor and therefore keep calm.

Anger is such a confusing emotion. Most of us don’t know how to use it in a positive way so it just creates trouble. Some of the events that arise during divorce can cause intense feelings of anger. Hopefully you will use them to get out of denial and into getting your act together. Having supportive places to vent your emotions will help you in many areas including your attorney’s office and with your children. This will help you to stay cool and be “on guard against the mutiny of too much emotion.” Finding the humorous side, and developing the ability to laugh at yourself is a great life skill. This whole experience is incredibly ludicrous when you think about it.

3. Survivors quickly organize, set up routines, and institute discipline. They push away thoughts that their situation is hopeless. A rational voice emerges and is often actually heard, which takes control of the situation. Survivors perceive that experience as being split into two people and they “obey” the rational one. It begins with the paradox of seeing reality – how hopeless it would seem to an outside observer – but acting with the expectation of success.

There are many things we must do when we are divorcing that we have no idea how to do. I have seen many financially ignorant women rationally and calmly educate and empower themselves to discuss their finances in divorce negotiations, to their ultimate benefit. They’ve gone on to find meaningful work even though at the outset they had no idea what they were even skilled at doing. I have seen a number of fathers learn to be a single parent in rapid fashion without any instruction on how to do so. The braids looked funny and the socks didn’t match but the kids were fine and dad did great.

Next time tips 4 through 8: Transforming thought into action, taking joy from the smallest successes, counting blessings and being grateful, search for meaning, attune to the wonder of the world.

You can find out more about which cookies we are using or switch them off in settings.

This website uses cookies so that we can provide you with the best user experience possible. Cookie information is stored in your browser and performs functions such as recognising you when you return to our website and helping our team to understand which sections of the website you find most interesting and useful.

Strictly Necessary Cookie should be enabled at all times so that we can save your preferences for cookie settings.

If you disable this cookie, we will not be able to save your preferences. This means that every time you visit this website you will need to enable or disable cookies again.